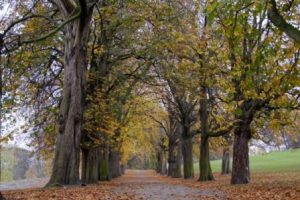 The Chestnut Walk is the magnificent avenue of more than 100 trees through Clarence Park, originally planted in the 1890s. Some of the old Horse Chestnut trees in this avenue are in decline and several have already had to be removed after being killed off by disease, further losses are anticipated over the next few years. The Friends of CHaT Parks would like to replace the losses with a more disease- resistant variety of Horse Chestnut which will look almost the same. Further measures can also be taken to improve the health of the remaining trees so Chestnut walk could continue into the next century.