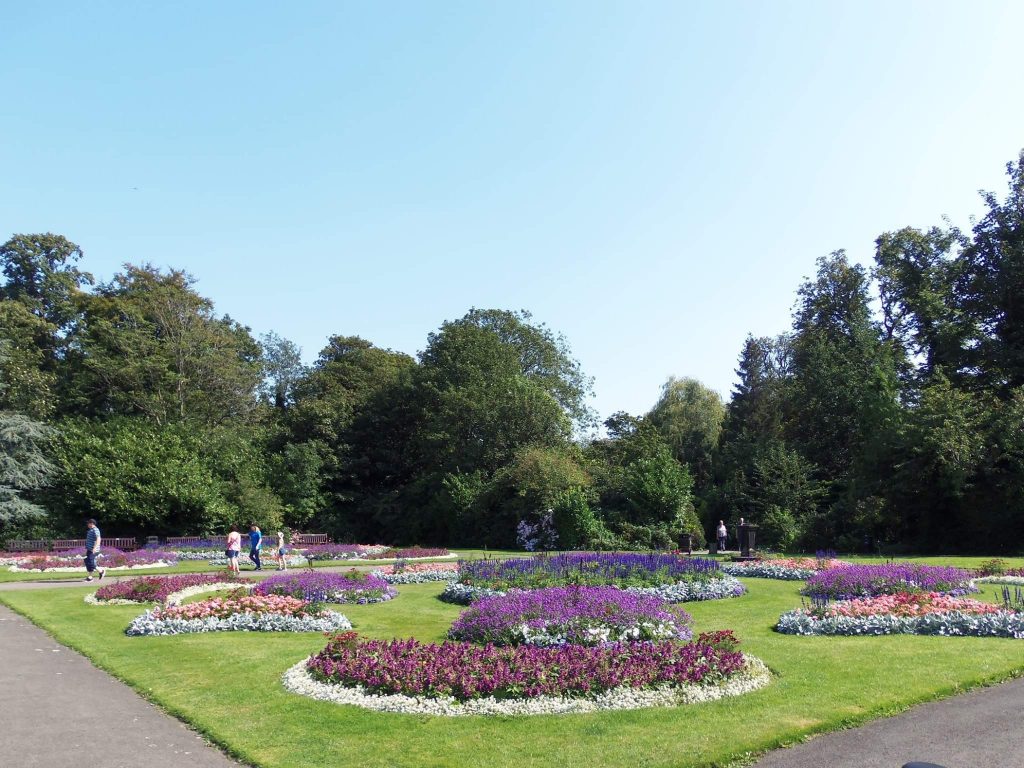 The formal flower beds are a well-known and well-loved feature of the Park. They have provided the backdrop to many a collection of wedding photographs and other memorable occasions.

The spring and summer bedding displays were a good advertisement for the horticultural skills and expertise of the Council and won awards.
The provision of the formal beds was taken over by the Friends Group in 2012 when the Council proposed replacing the annual bedding with “sustainable” planting which would remain for several years.The Friends purchased the plants as plugs, some 23,000 in total, working to a design by the Council. Vulnerable adults from the Family Services unit of the Council “potted on” the plugs , which were then transferred to a greenhouse until ready for planting out. Volunteers ( family services during the week and friends group at weekends) then ensured that the pots were looked after. They had to be covered in fleece when frost was expected at night and then uncovered in the morning. They had to be watered when necessary and checked for invasion by slugs etc. It has been suggested that they were sometimes even read a bed-time story!
In early summer the plants were planted out in the formal arrangements by Council staff.
A four-year rotation of new designs is being prepared by staff from Groundwork Wakefield and the Council. It is hoped that the splendid displays which have plenty of “wow factor” can be continued for many years to come.