Here’s a selection of a personal collection of vintage postcards featuring the Park. Over the years there have been many postcards of different aspects of the Park and these are just a few. 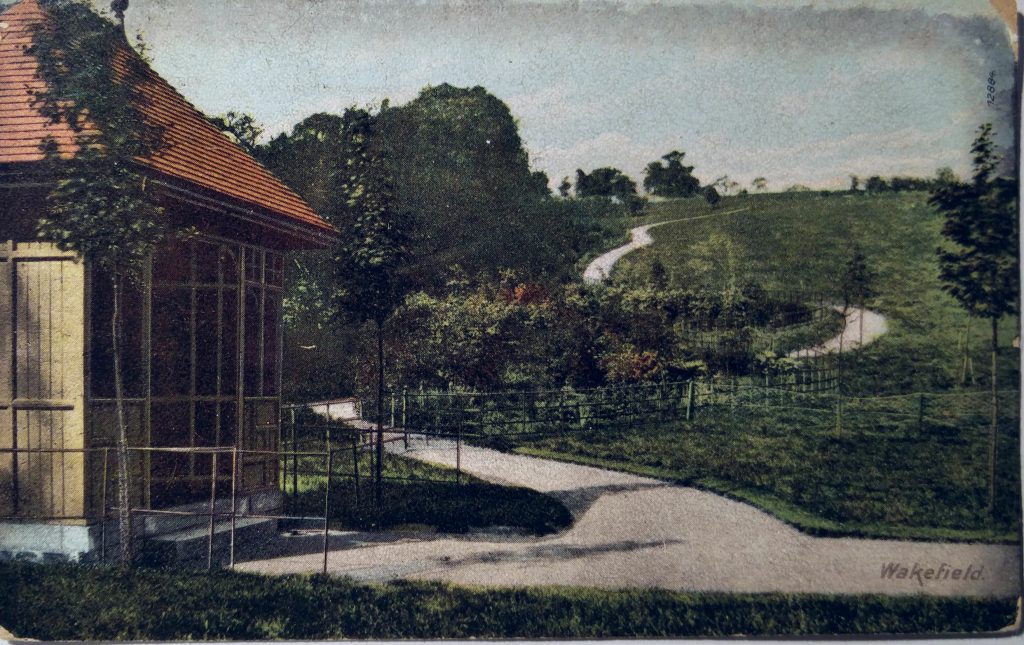 This postcard, from between 1902-1910, shows the path up to Lowe Hill towards the old Bandstand. 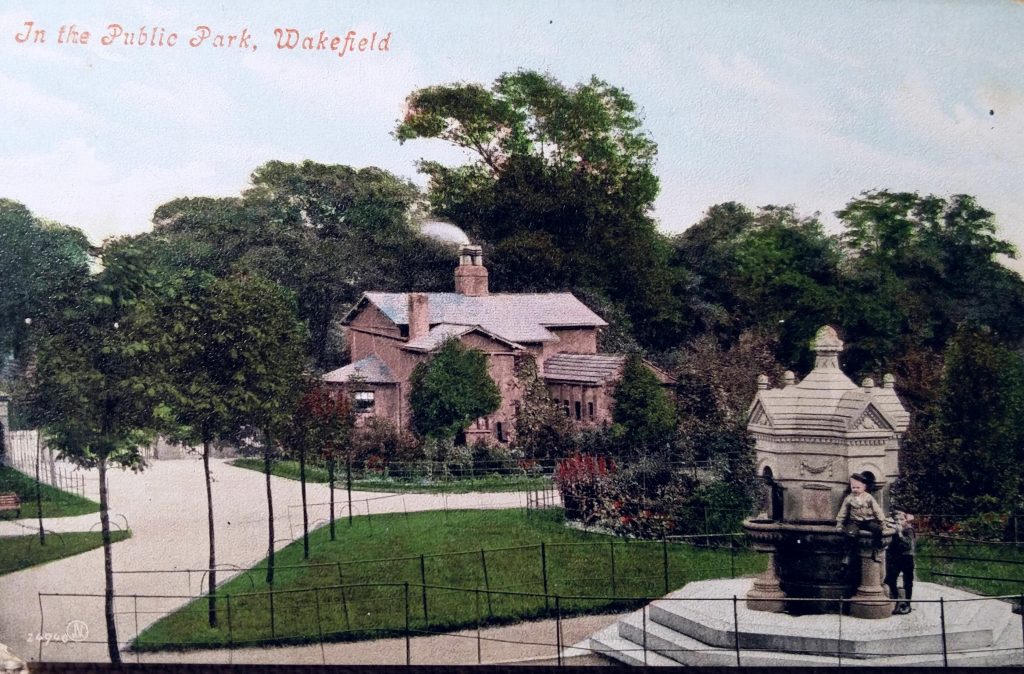 Titled “In the Public Park, Wakefield”, this postcard from 1904 shows the fountain erected in memory of Major Barker, by the workers from his Wakefield Mill. 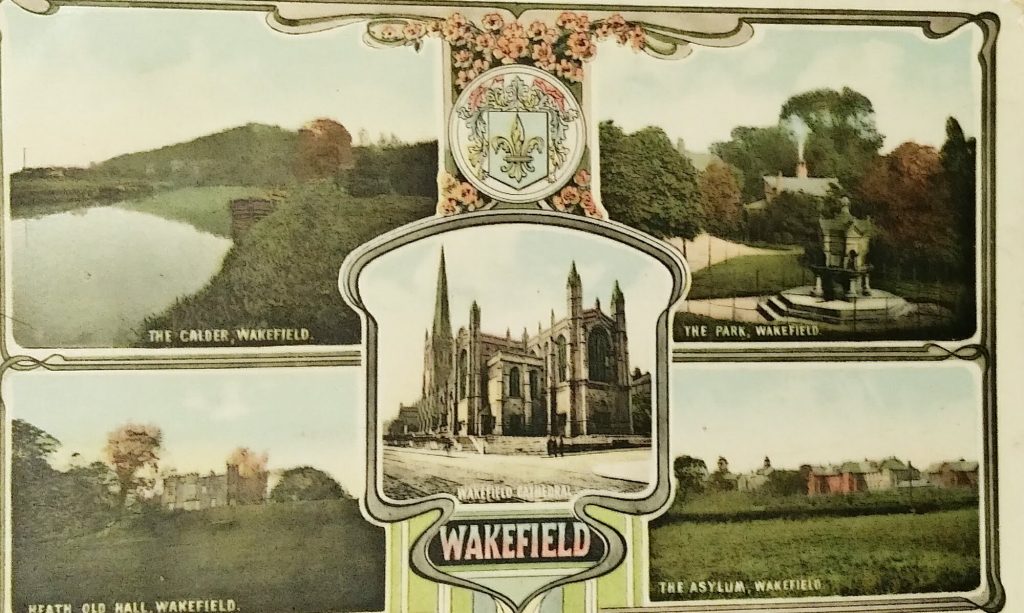 Wakefield postcard: A postcard with five views of Wakefield, including the entrance with Major Barker’s Fountain, from June 1917. 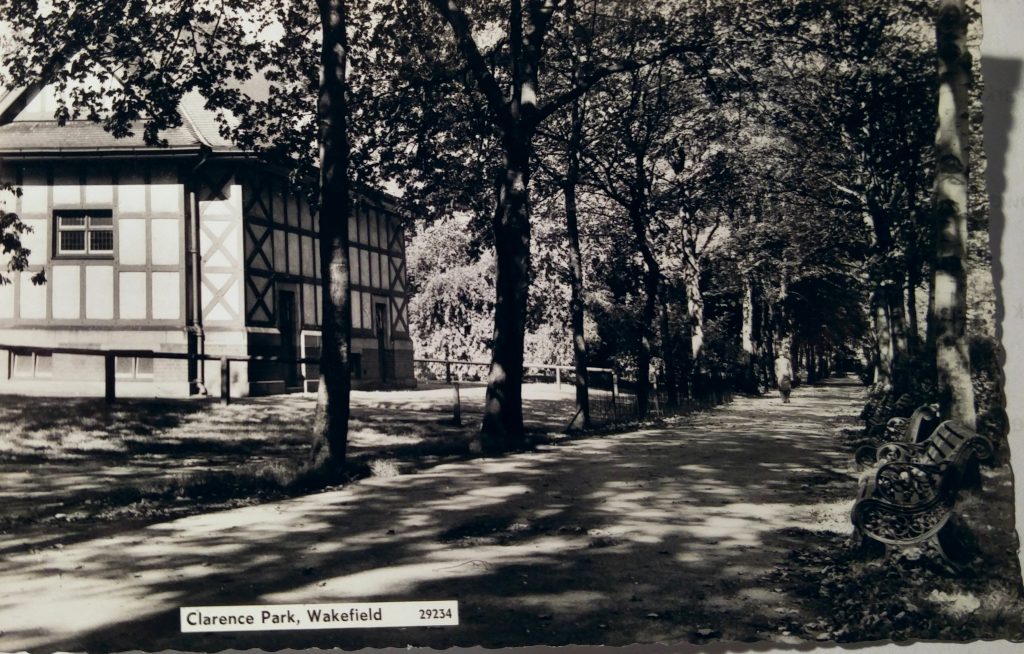 This black and white postcard, from 1926, shows the new Bandstand in Clarence Park. 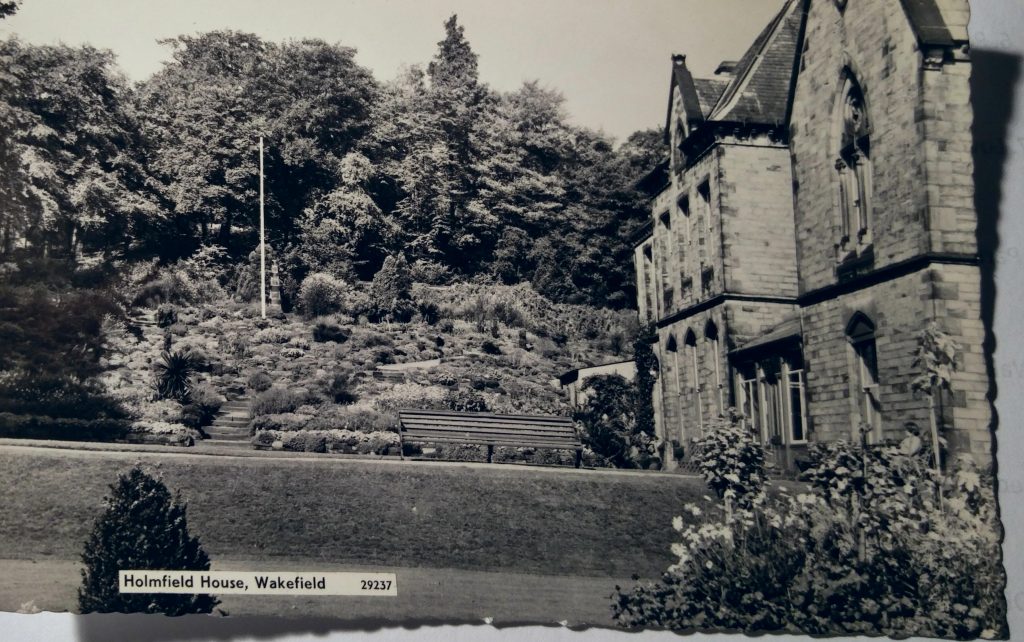 A fine photo of Holmfield House in 1960 showing the rockery in the garden. The house was built in 1833 by Thomas Foljambe, a Wakefield lawyer, and later enlarged by Major Joseph Barker who bought it in 1864. He added a stable block, entrance lodge and boundary wall, also creating gardens and parkland. 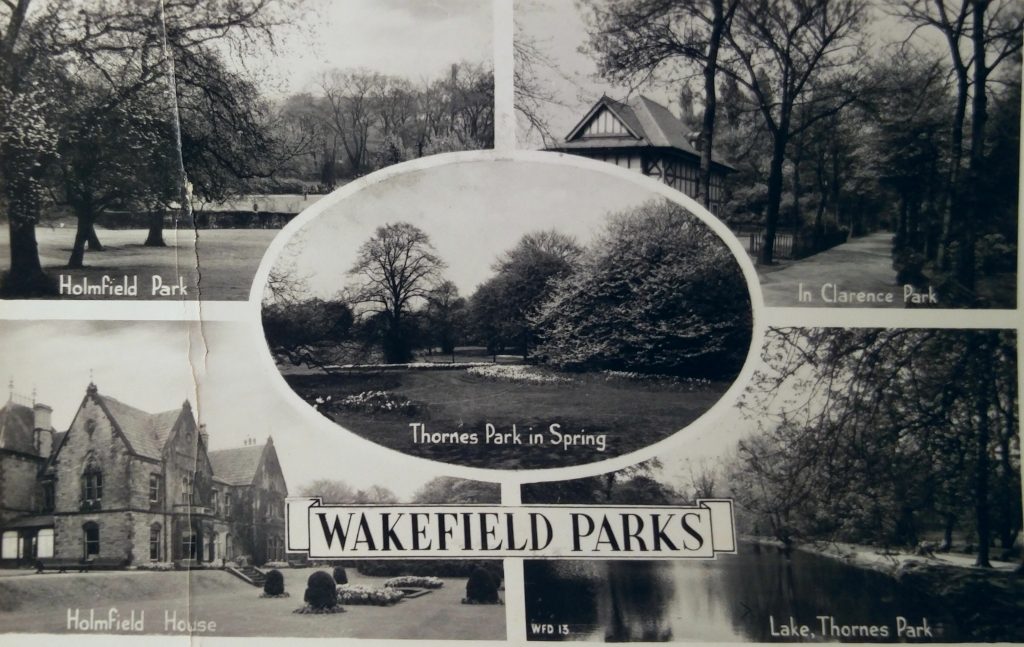 This postcard, entitled “Wakefield Parks”, from 1964, shows five views of the parks – Holmfield Park, In Clarence Park, Lake Thornes Park, Holmfield House and a central picture of Thornes Park in the Spring. 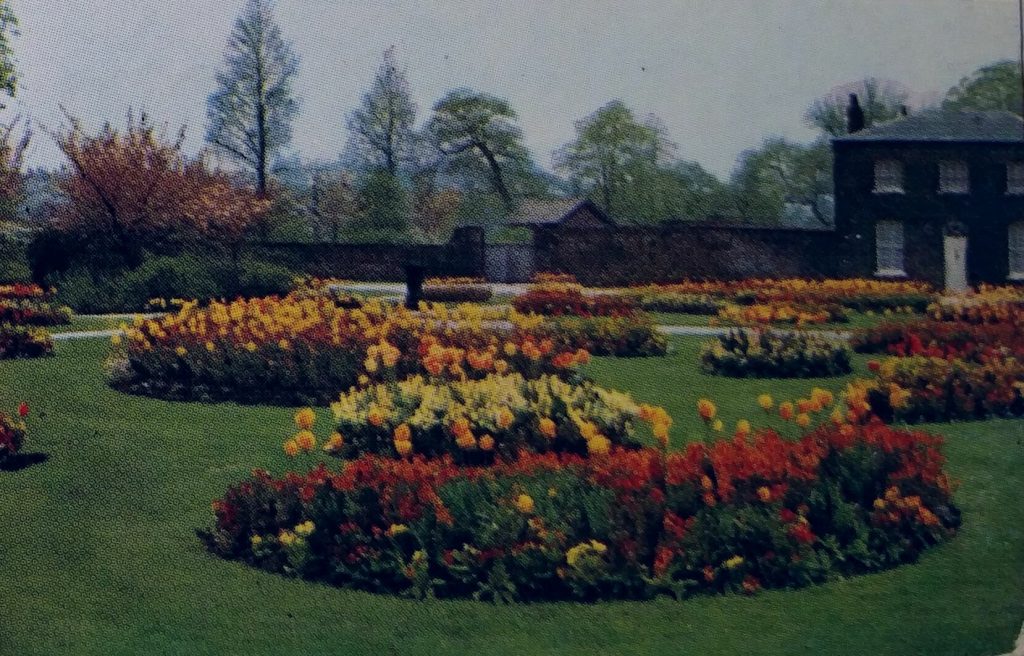 This colour postcard from 1976 is part of a three picture postcard, showing the Cathedral, Chantry Chapel and Thornes Park.

If you have any photos you would like to submit to the website please fill out the form on this page with your submission. Thank you.

Send us your photo!