The park is actually 3 parks: Land at Lowe Hill was given to the city and Clarence Park was opened in 1893. Then the owner of Holmfield Estate died the estate was bought by the Corporation and opened in 1919 as Holmfield Park. In 1924 the Council bought the Thornes House estate and opened Thornes Park to the public in 1924.

Thornes Park is the biggest of all three parks and is where most of the attractions are situated. 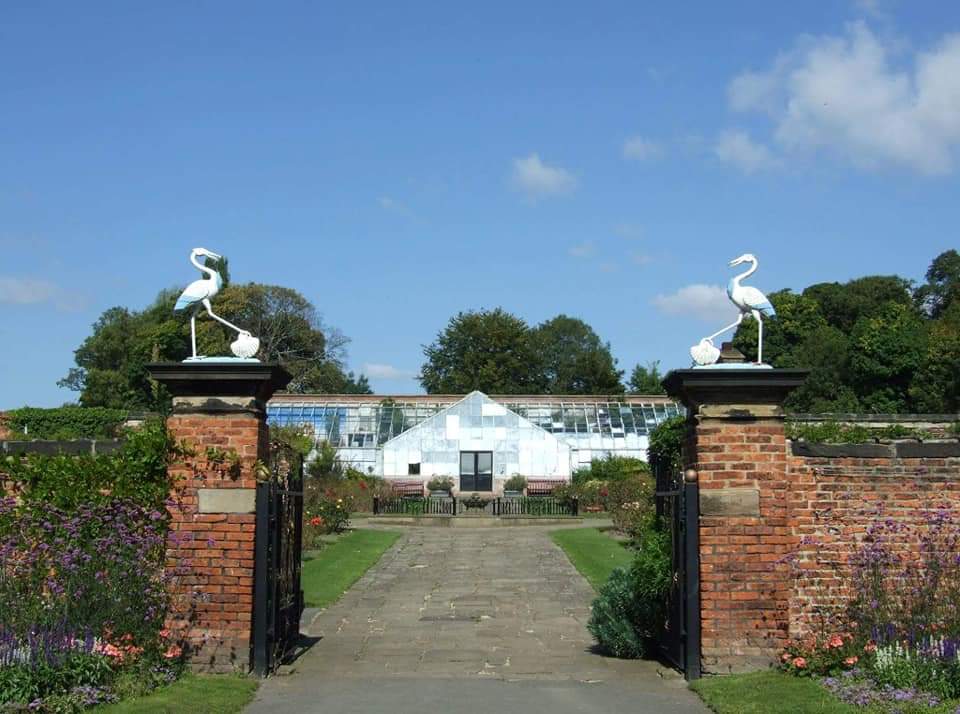 The most popular are the rose gardens, conservatory, lake and the aviary.

The sporting facilities can be found in Thornes Park, these include the bowling greens, tennis courts, putting green and pitch and putt, as well as Football Fields and changing rooms.

Visitors will also find a state of the art skate park and large children’s play area and if this was not enough, it is also possible to take a ride on miniature steam trains. 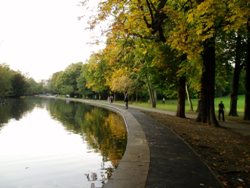 The Friends of CHaT Parks have added to the parks in recent years, restoring a large, old, formal garden that had been abandoned for over a quarter of a century. The Secret Garden can be found in between the stadium, nurseries and college site and the best pedestrian access is off Gill Sike Road.

Thornes House was built between 1779 and 1782 to a design by the Horbury-born architect John Carr for the cloth merchant and later Member of Parliament, James Milnes. The house had a 200 feet facade and was considered one of the most imposing in Wakefield. On his death the house was passed on to his relatives. The final occupant of the house was Charles G. Milnes Gaskell, M.P. for Morley and the chairman of the original body of Parks Trustees. In the First World War his wife, Lady Catherine, proposed that the house be used as a military hospital. Following his death in 1919, Wakefield Corporation bought the house and land and on August 2nd 1924 the estate was opened for public recreation by the Mayor, Alderman John Tennant.

In 1922 Thornes boys and girls secondary schools moved to the Thornes House and in 1944 the school became Thornes Grammar School. The original building was destroyed by fire in 1951 but was rebuilt and reopened in 1956. In 1992, the Thornes House site then became part of Wakefield College which includes the Wakefield Arts Centre.
[Source: by kind permission of Wakefield Libraries and Museums, www twixtaireandcalder.org.uk] 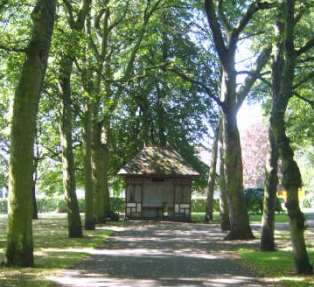 Land at Lowe Hill was given to the city and Clarence Park was opened in 1893. There are many attractions in this park including the Bandstand, Pavilion and matching shelters. There is also the lodge and the steep hill which provides seating when bands perform at the bandstand.

The Music Collective have worked very hard, in partnership with the Council, to reform the Bandstand to its former glory.  They have repaired the roof, secured security surveillance and shutter doors and each year provided a schedule of performances.

The idea of a public park in Wakefield to celebrate Queen Victoria’s Golden Jubilee was firstsuggested in 1887 and In 1890 Mr Charles Milne-Gaskell JP, who lived in Thornes House, offered land, including Lowe Hill and the surrounding agricultural land, to form a public park. Bought by public subscription and guided by a group of trustees the park began to take shape and on July 6 1893 the park was formally opened.

The Duke of Clarence had planted a white horse chestnut tree on the site of the proposed park and sycamores, chestnut and oak trees were planted, with a double row of 108 chestnuts lining the carriage drive in the park. Other features included a bandstand on Lowe Hill presented by Colonel Milnes-Gaskell planted round with three dozen oak trees and wrought iron gates at the entrance on Denby Dale Road provided by Lady Caroline Milnes-Gaskell. A decorative drinking fountain was erected in 1893 in the park as a memorial to Major Joseph Barker by the workforce of his worsted mill at Thornes Wharf.

A colour postcard depicting a scene from Wakefield Park in 1904. The drinking fountain can be seen in the foreground. It was erected in 1893, probably when Clarence Park was opened on the 6th July in memory of Major Barker of Holmfield House by the employees of his worsted mill at Thornes Wharf.
[Source: by kind permission of Wakefield Libraries and Museums, www twixtaireandcalder.org.uk] 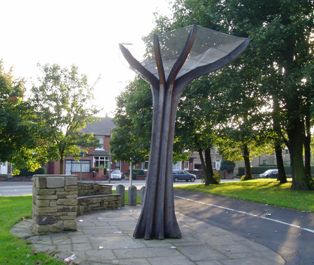 When the owner of Holmfield Estate died the estate was bought by the Corporation and opened in 1919 as Holmfield Park.  Holmfield Park is the smallest of the three parks and is situated on the corner between Denby Dale Road and Thornes Road. This is where the Rhubarb Sculpure can be found. The house is now a pub, The Holmfield Arms, and has a hotel behind.  Equipment for the bowling greens, tennis courts, putting green and pitch and putt in Thornes Park are available from the offices.

Holmfield was built in 1833 by Thomas Foljambe, a Wakefield lawyer who had been acquiring land at Thornes. In 1863 the house and land were sold to Major Joseph Barker, worsted manufacturer, who enlarged the house in the 1870s with a stable block, entrance lodge, boundary wall, carriage drive and an avenue of chestnut trees. After Major Barker’s death in 1892 the house was first let and then sold to Alderman W.H. Kingswell, who like Major Barker had been one of the original Park Trustees. In 1918 Wakefield Corporation purchased the house and the surrounding 14 acres and on July 19th 1919 – national Peace Day marking the conclusion of the First World War – Holmfield Park was dedicated by the Mayor, Councillor George Blakey. From 1923, the upper part of the house was used as the first City Museum and the ground floor held a tea room. After the fire at Thornes House in 1951 the house was used for some years to accommodate schoolchildren. In the 1990s when the famous Holmfield House rockery was demolished to make room for the hotel, the pinnacle and Doric pillar were removed to the Secret Garden in Thornes Park. Now the house is used as a pub and restaurant.
[Source: by kind permission of Wakefield Libraries and Museums, www.twixtaireandcalder.org.uk]