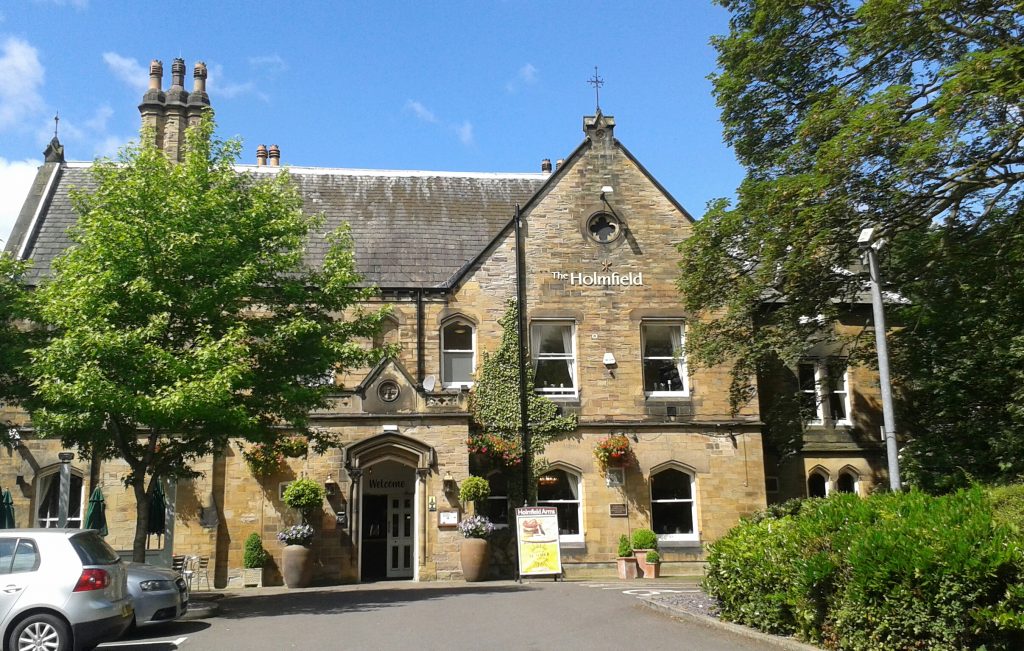 In 1833. The 14 acre Holme Field estate was acquired by Thomas Foljambe, a Wakefield lawyer, Clerk of the Barnsley Canal and land speculator, and Holmfield House was built in 1833-34 as a centrepiece of the estate. He lived there with his wife and family until his death in 1851 and his wife continued to live there until her death.

Their heir, son Thomas Foljambe, sold Holme Field in 1863  to Major Jose ph Barker, a worsted manufacturer, for £6500. He enlarged the house in the 1870s with a stable block, entrance lodge, boundary wall, carriage drive and an avenue of chestnut trees.  When W.S. Banks, in his book “Walks about Wakefield” (1871) viewed Holmefield he stated “In point of style it is now one of the best modern houses in Wakefield. It stands in a park, but I regret that a gloomy high wall should have been built towards Thornes; still the prevalence of ignorant, wanton destruction, almost warrants exclusion from public view. The best kind of fence, however, ist hat which surrounds the asylum grounds at Eastmoor, and I wish Major Barker’s were like it”.

After Major Barker’s death in 1892 the house was first let and then sold at auction on 26th April 1907 at the Bull Hotel, Wakefield. to Alderman W.H. Kingswell, who like Major Barker had been one of the original Park Trustees. In 1918 Wakefield Corporation purchased the house and the surrounding 14 acres and on July 19th 1919 – national Peace Day marking the conclusion of the First World War – Holmfield Park was dedicated by the Mayor, Councillor George Blakey. From 1923, the upper part of the house was opened as the local authority’s first Museum and Art Gallery until 1956, whilst the ground floor held a tea room. After the fire at Thornes House in 1951 the house was used for some years to accommodate schoolchildren. In the 1990s when the famous Holmfield House rockery was demolished to make room for the hotel, the pinnacle and Doric pillar were removed to the Secret Garden in Thornes Park