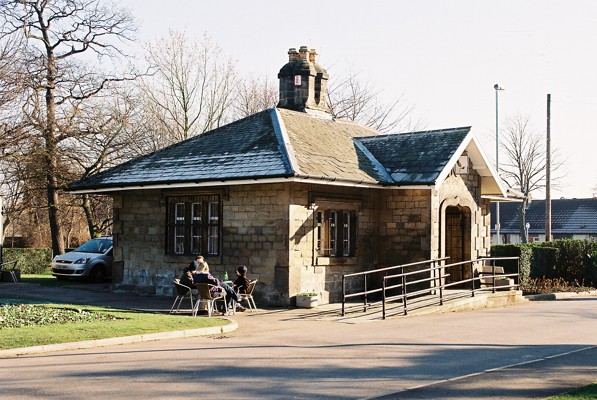 The Thornes Park gate lodge was built in 1842 and was lived in by estate workers. In Victorian times the lodge had a small square garden beside it which was divided neatly up by diagonal paths. It is now home to the Stork Lodge Café. There were originally two metal storks on the gateposts at the park entrance by the lodge. These are from the crest of the Gaskell family who lived in Thornes House. The storks now flank the entrance to the Rose Garden and were recast from the originals in 1999.