Current and previous items of news from the Friends of Chat Parks. 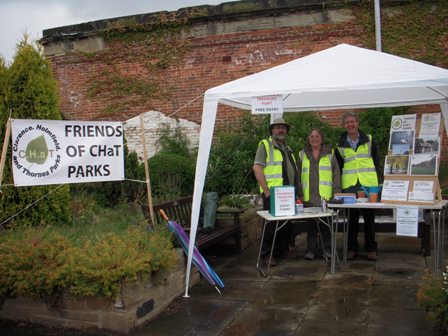 On Sunday 19th July the Friends of Clarence, Holmfield and Thornes Parks took part in the launch of Wakefield’s

“Growing For The Future” project in Thornes Park.

Friends of CHaT Parks organised a children’s treasure hunt around the Rose Garden and the Aviary.

The first prize was won by Joshua Smith from Normanton

Other prizes were won by Alice Lovett-Johnson from Thornes, Sharon Bell from Alverthorpe and Jessica and Sophie Newton.

The Friends would like to thank all those children, and their parents, who took part and we hope that the weather will be a little kinder for our next event. 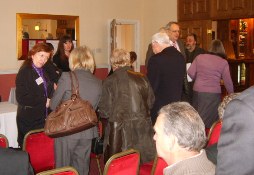 The Friends of CHaT Parks launched in 2009

The first meeting was well attended and the group received many well wishes.