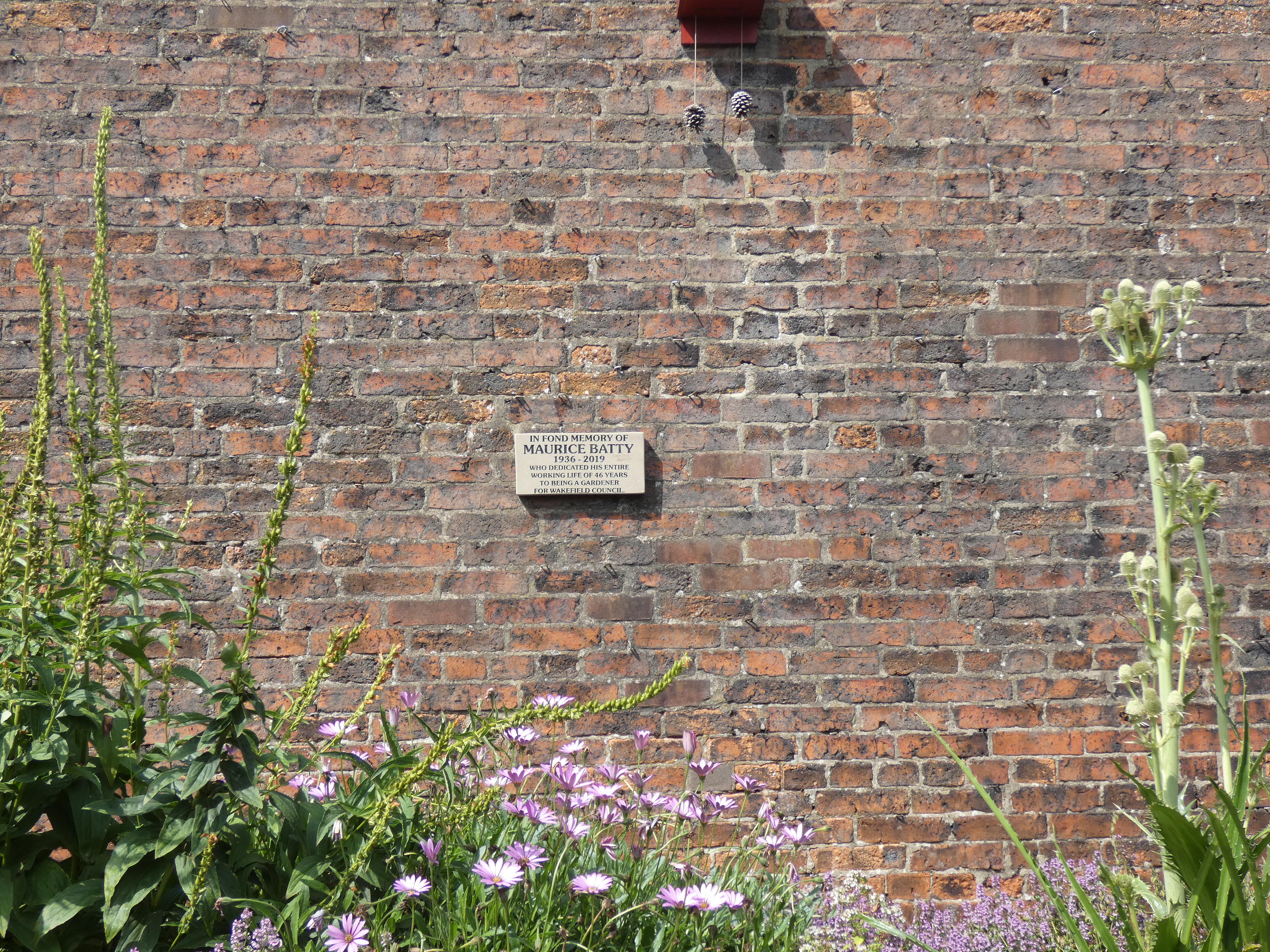 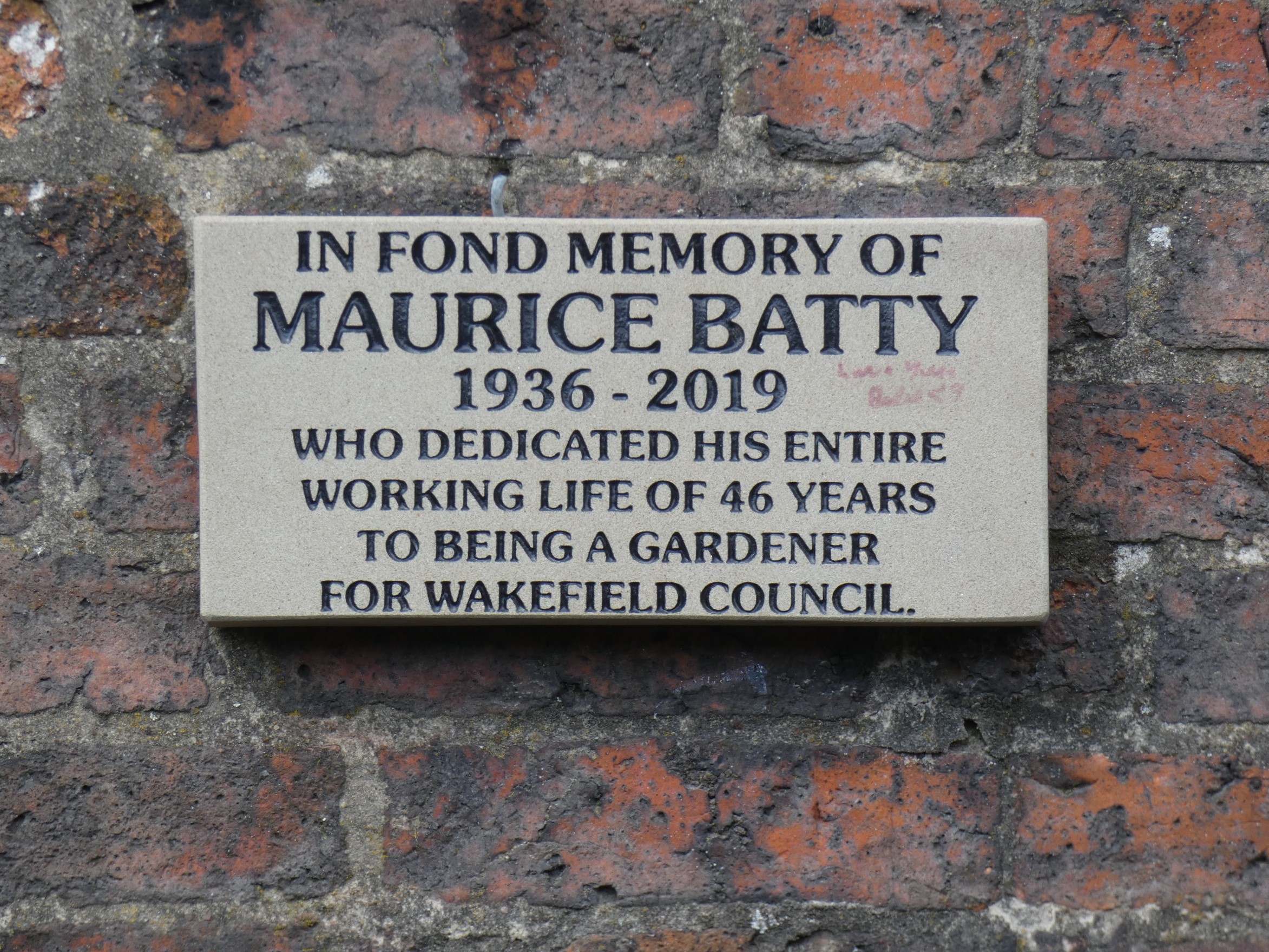 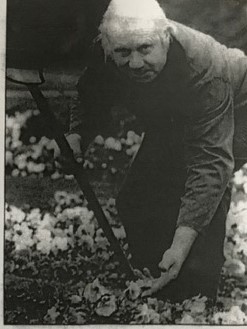 A new plaque has been placed on the wall of the Rose Garden commemorating the life of Maurice Batty who spent his whole working life as a gardener for the parks in Wakefield for over 40 years.

Maurice was born a deaf mute, in 1926 in Lupset, Wakefield. At the age of three he was sent to a Doncaster boarding school – the Yorkshire Institution for Deaf and Dumb Children – to be taught communication skills and learn manual trades, including gardening. One of his earliest memories of being at the school was ducking for cover when there were enemy raids during the Second World War. He began work for the old Wakefield Council as a 15 year old apprentice gardener in 1941. He fought to ensure his disability did not prevent him from having a “normal” life. After 46 years of serving the city of Wakefield Mr Batty retired in 1966 at the age of 62. In a report in the Wakefield Express that year, his supervisor at Thornes Park Nursery, Colin Ward, praised Mr Batty’s dedication and enthusiasm for his work, saying “his dedication to the job and the amount of pride he takes in it is fantastic. Maurice is an exceptional character and when he leaves.. his enthusiasm and personality will be sorely missed”. Mr Batty lived in Horbury and continued tending his own garden and caring for his cats. He died peacefully on October 9th 2019 at Victoria House Nursing Home, aged 83 years.

(This photo of Maurice Batty is taken from the Wakefield Express, 1962.)